CRR19 meets Forgotten Illinois’ charge: unearthing important aspects of state history. Few know this Illinois history, surely as significant as many others. Currently, there exists but one small, easily missed marker at 29th Street beach. In addition to education, CRR19 seeks to spark conversations about racial violence and segregation—then and now.

CRR19 intends to host a public launch on the centennial, July 27, 2019. On that day, on the campus of the Illinois Institute of Technology, we will discuss the project and our plans to install markers to those killed, modeled after a German public art project. Starting in 1996, Gunter Demnig created small plaques for Holocaust victims, located at their last known residences, to confront contemporary Germans about a past they might prefer to forget. Demnig named them stolpersteine (“stumbling stones”), as pedestrians metaphorically “stumble” upon one or several and, thus, are reminded that the Holocaust’s legacy persists…in everyday life. The Berlin-based Stolpersteine project supports CRR19 as we share common goals: reach ordinary people—who might not visit a monument or museum—to educate about difficult historical times.

CRR19 includes faculty from numerous disciplines and universities with a wealth of experience in Chicago history, race relations, museums, and public art. The Bronzeville Historical Society, a respected community group in a neighborhood central to understanding 1919, is a core partner and our fiscal agent. The Newberry Library, another partner, won an NEH grant to create “community conversations” about the riot: our project will collaborate on its programs including on the riot’s lack of recognition and how CRR19 hopes to change that. Another partner, the Chicago Teachers Union, represents 25,000 teachers and staff in Chicago Public Schools; CTU members (along with CPS administrators) will develop curriculum to teach this history; guided and self-guided walking tours also are planned. We are networking with the city’s cultural affairs department and will seek aldermanic support.

The Forgotten Illinois grant will cover approximately 10% of CRR19’s costs in 2018-19. Much of the budget will go for an artist and materials. Other costs include a website and publications to bring this history to the public and Chicagoland schools and universities. The public unveiling is another cost as is, hopefully, a traveling museum exhibit on the riot and memory.

As the riot’s centennial fast approaches, we should confront this forgotten Illinois history—now—to heal wounds that time alone has not.

July 27, 2019 marks 100 years since race riots rocked Chicago in 1919 resulting in 38 deaths and 500 injuries. Join the discussion with journalist and critic Lee Bey and explore the past, present, and future of race relations in Chicago. Register here for the free event. This program is in collaboration with the Illinois Humanities Council, Chicago Race Riot of 1919 Commemoration Project (CRR19), Go Bronzeville, and the Greater Bronzeville Community Advisory Council. 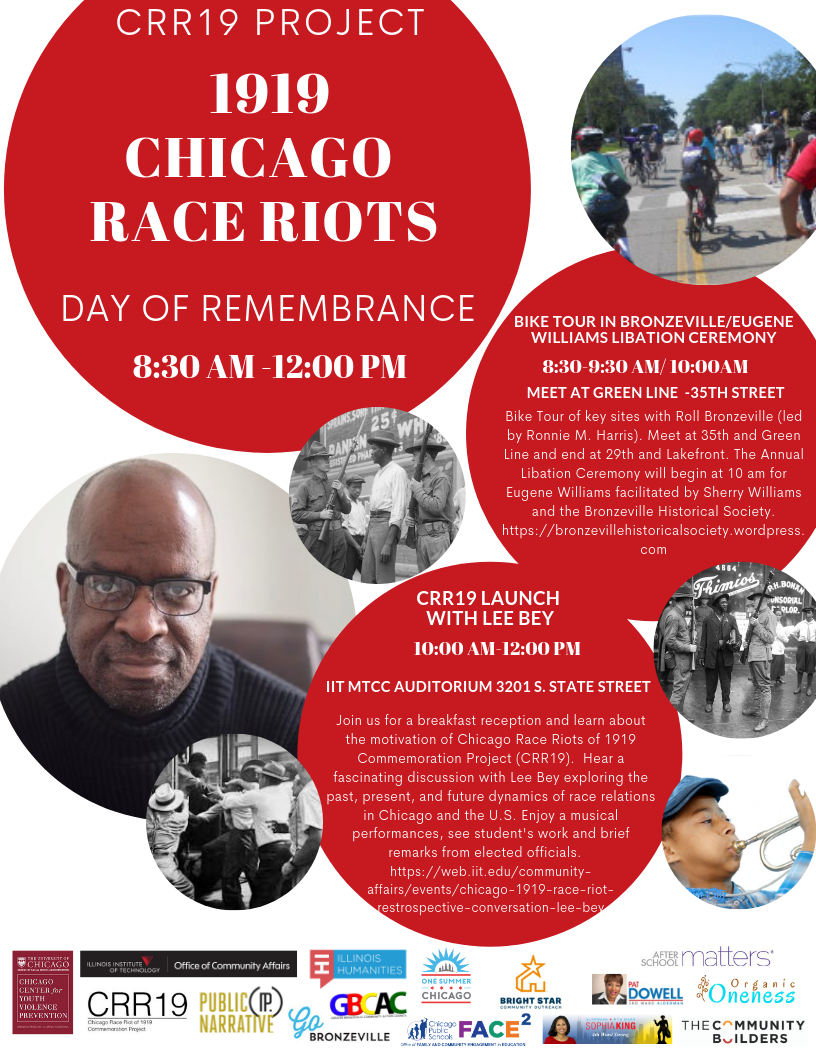 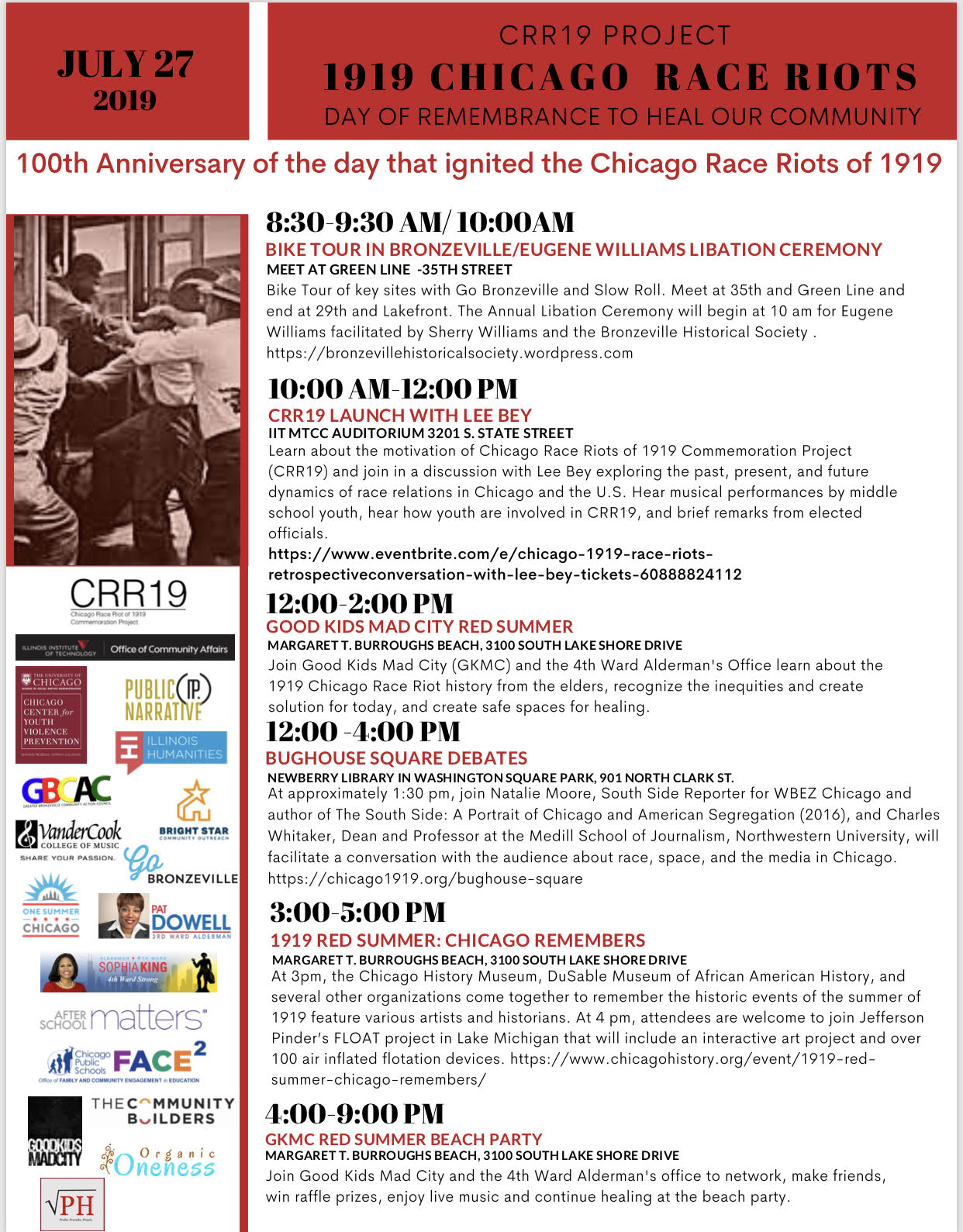 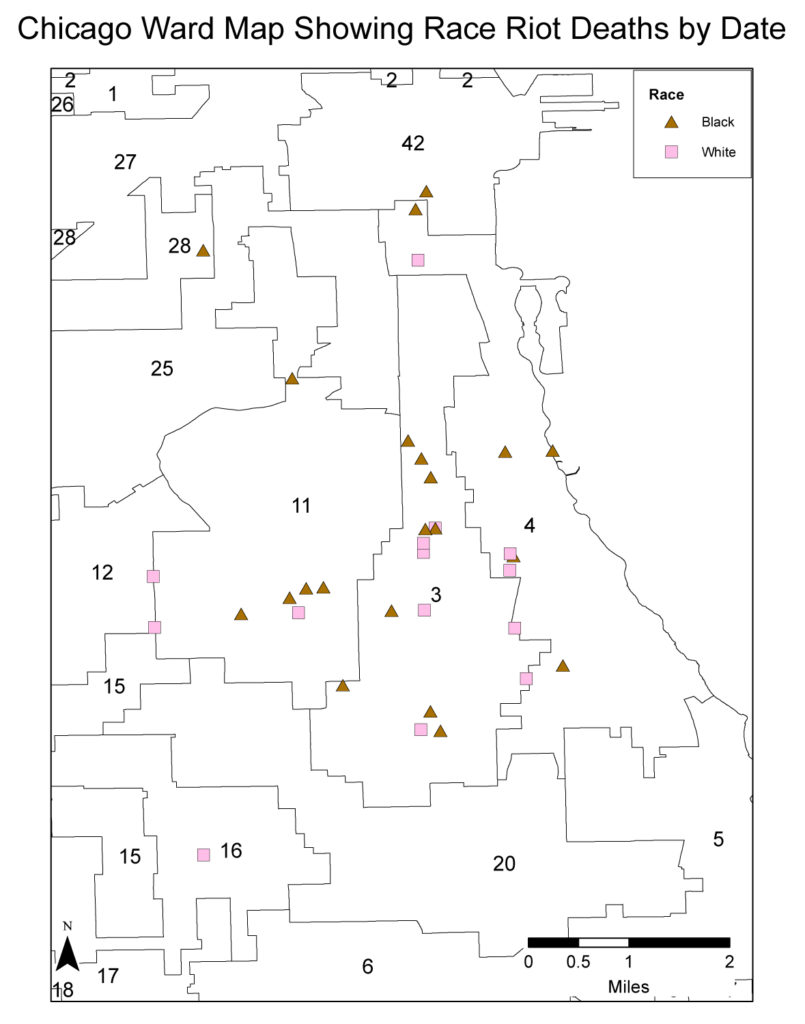 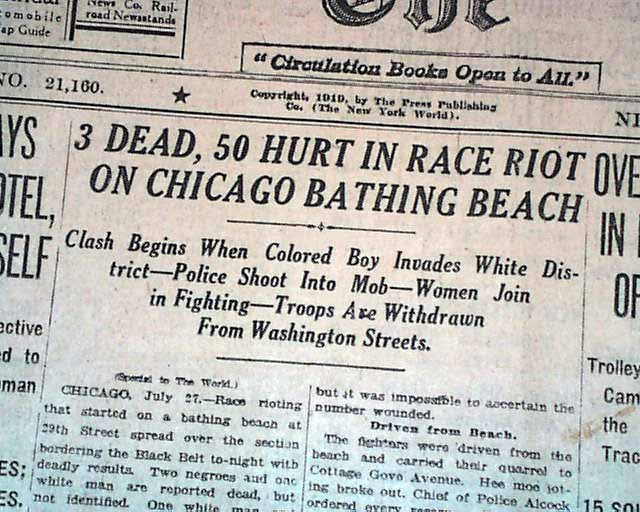 Headline in the Chicago Defender on August 2, 1919. 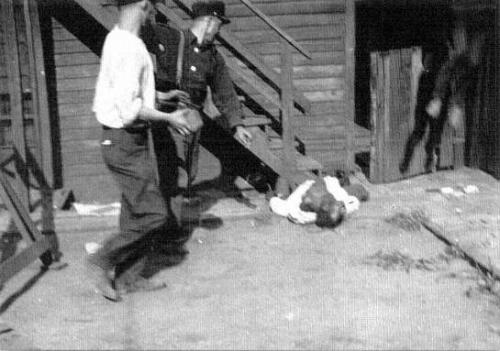 African American men gathered in front of Walgreen Drugs during the Chicago race riot, with police officers in front.